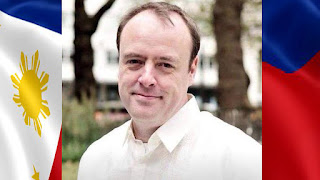 One niche for alternative energy that is a target of most hobbyists is that of alternative-energy-powered vehicles. We now have electric-powered cars, hybrids, but these are not harnessed to an optimal level. Blame it on the petrol power players, blame it on a degree of conspiracy theory, but let's face it: there's no maximizing the alternative energy car yet.

In spite of that gloomy niche outlook, however, there are a few things that we still admire about the hobbyists' efforts to figure out how to power their cars in a better, more environmentally-friendly way. Among these methods was a project that was featured in a Planet Mechanics episode in 2008: a car powered by wood gas.

Wood gas technology is actually pretty dated: the technology was fairly mature by World War II. Internal combustion engines had been developed by 1873. These were used to create "town gas," a distilled form of coal gas. By the time the World War II broke out, the technology was mature enough to be adopted to widespread car engine conversion.

The World War II created a dearth in resources. That is why consumer cars needed to use alternative, renewable sources of fuel, as petrol trade was affected by the war. Thanks to that, hobbyists need not research for too long in order to create a wood gas powered engine today.

The benefits of a wood gas powered car are numerous:

1. The energy source is renewable and available. If there is scarcity in quality wood to burn, furniture-making waste such as wood chips can be used.

3. The gasification cycle of creating wood gas is a "closed carbon cycle," meaning, the process needs as much carbon dioxide from the environment as it emits; that's why it leaves little to no carbon footprint, does not contribute to global warming, and definitely promotes sustainability.

One big downside to this technology is that the structures and contraptions needed in creating it are rather large. Thus, convenience is not one of its strongest points. But if car owners really wanted to contribute to sustainability and drive economic cars, it seems to be worth it to attempt to commercialize the technology.