Home » alternative energy » green energy » oil depletion » petrol » petroleum dependency » renewable energy » scribbler » Renewable Energy: What Is It And Why Is It Crucial To "Go Green"?

Renewable Energy: What Is It And Why Is It Crucial To "Go Green"? 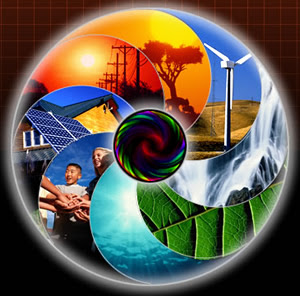 Renewable Energy is energy that is harnessed from sources that regularly replenish itself. Sources like the sun's heat, the wind, the force of the tides, geothermal heat, and even the rain, are some of the sources of Renewable Energy.

Our society is increasingly growing in terms of technological advancement. And with growing advances in technology, there is increasing dependence on electricity. However, it is an alarming fact that oil will supposedly start to run out by 2050. Unless the nations start to do something about this, we, as a society, are on a catastrophic course of self-immolation.

Most, if not all of the petrol-consuming countries get their oil from the Middle East. This is a problem because that area is conflict-ridden. Any time that conflicts start anew, the prices go up. Worse, in case they want to, they can very well refuse to sell oil and create a situation for the world's economy.

Petrol is not only used in electricity. One other reason why the Earth's petroleum reserves are quickly running out is that petrol is a major component in the creation of plastics. From electricity to fuel to plastics, no wonder we have a crisis on our hands.

That is why efforts to create awareness of the energy situation are being undertaken. A good number of ecological awareness and sustainability advocates are already pressing for people to start conserving energy and shifting to alternative sources of energy. Yet, despite the increasing awareness for going green, most are still unaware that the Earth has a major problem. A good number are apathetic, and most are just scraping by to care about issues of Earth conservation.

However, this is no excuse for living in ignorance. Though you may not have an influential position in society, you still have a part to play. On a personal level, you can reduce your consumption of electricity. You can also reuse your plastic bags. Start to separate your trash, so that it's easier for those who recycle plastics and cans for a living to get what they need and turn these in to recycling facilities. Choose to dine-in instead of ordering takeout or delivery, so that you won't be using too many plastics. Buy the supermarket bags that they have available at the groceries so you won't need to collect a growing stock of plastic bags. Do you realize that these plastic bags won't run out even if you reuse these as trash bags throughout the year? So do something about it and choose to conserve.

You may not be able to buy a solar panel, let alone fully power your home, but there is something you can do to help with the power crisis. Not only these grassroots-level measures are in order, but as soon as your local government makes legislation or even programs that support green energy, vote for it, support it, and even volunteer to help out in it. This way, you will be able to do your part in the race to cope with the Earth's diminishing energy sources.