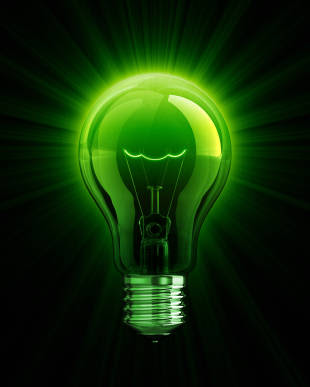 Image by The Portland Mercury Blogtown
Being a resident of Iloilo City, it totally blew my mind why the Iloilo Government chose to create a coal-fired power plant, instead of looking into Alternative Energy solutions. True, 4.38 Billion Pesos ($104 Million) for a 164-Megawatt power plant looks like a much better deal than the 14.4 Billion Wind Farm that yields only 86 Megawatts, but if you think about the costs in health, you'd wonder if the coal fired power plant is really a good deal for Iloilo City and its residents.

That being said, I would like to say that I deeply regret that Iloilo City's government did not consider choosing a combination of wind and solar energy project instead.

While installation of the equipment will definitely be more costly, using alternative energy to solve Iloilo's power problem would have been a better option in the long run. Here are the reasons why this would be so:

1. Both solar and wind energy will not have an environmental and health-related impact when installed. Both utilize abundant sources of energy that will not have byproducts because there is nothing to burn, nothing to consume, nothing that will create derivatives to convert from one form to the other. Thus, these sources of energy are clean and will be best for the people who live surrounding possible solar and wind farm areas.

2. Iloilo City is in an area where the weather is mostly sunny and arid. While there is no data for the sun hours in Iloilo City, the fact that it is part of a country where the sun hours average at 5.8 hours everyday means that it's a good candidate for solar powered energy.

No one solution would be enough for the needs of Iloilo City. But to get off of the dependence on petrol and coal-based power, a combination of solutions could be presented. Another solution that could be considered would be the use of biofuels. With so much of farm byproducts that abound in the Panay region, there may well be no shortage of raw material for biofuels.

The solution to a problem should be creative and create the least possible spinoff problems such as environmental and health hazards. I certainly wish that future solutions would have both human health and the environment in mind.